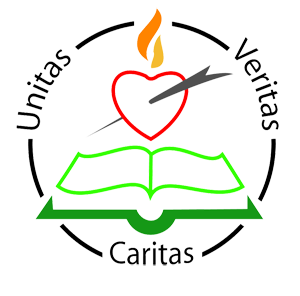 Thought for the day
The risk for Christians today is that we read the parable complacently, because it clearly refers to Jews and Christians in the first century. But it is not only in the past that the leadership of God’s project has changed hands, so to speak. Down through history, more committed groups have challenged the established Church—they can attract by more exciting worship and by a closer living of the Gospel. The hard words of St Paul to the Gentile Christians in Rome may help to shake us up: For if God did not spare the natural branches, perhaps he will not spare you. (Rom 11:21)


Prayer
Lord of the vineyard, you call us to live the Gospel and to produce its fruits. Send your Spirit into our hearts, that we know the fruits of the Spirit: love, joy, peace, patience, kindness, generosity, faithfulness, gentleness, and self-control. (Gal 5:22–23)

Gospel
Matt 21:33    “Listen to another parable: There was a landowner who planted a vineyard. He put a fence around it, dug a pit for its winepress, and built a watchtower. Then he leased it to tenant farmers and went on a journey. 34 When the harvest time was near, he sent his slaves to the tenants to collect his portion of the crop. 35 But the tenants seized his slaves, beat one, killed another, and stoned another. 36 Again he sent other slaves, more than the first, and they treated them the same way. 37 Finally he sent his son to them, saying, ‘They will respect my son.’ 38 But when the tenants saw the son, they said to themselves, ‘This is the heir. Come, let’s kill him and get his inheritance!’ 39 So they seized him, threw him out of the vineyard, and killed him. 40 Now when the owner of the vineyard comes, what will he do to those tenants?” 41 They said to him, “He will utterly destroy those evil men! Then he will lease the vineyard to other tenants who will give him his portion at the harvest.”

‘The stone the builders rejected has become the cornerstone.
This is from the Lord, and it is marvelous in our eyes’?

Matt 21:43    For this reason I tell you that the kingdom of God will be taken from you and given to a people who will produce its fruit.

Initial observations
This uncomfortable parable is also found in Mark 12:1-12 and Luke 20:9-19. The context is important—in the narrative of the Gospel, this parable is offered within the temple in Jerusalem and the closing verses (omitted by the editors of the lectionary) let us know exactly what we are dealing with. Once more in Matthew, the break with the mother religion is at stake:

“The one who falls on this stone will be broken to pieces; and it will crush anyone on whom it falls.” When the chief priests and the Pharisees heard his parables, they realised that he was speaking about them.” (Matt 21:44-45)

It is instructive to read this parable against the version found in Mark. The reader will notice that in Matthew’s hands the parable has become more allegorised, historicised and moralised, in line with Matthew’s context and purpose

Kind of writing
This is, of course, a parable. However, this particular parable is very close to an allegory, in the sense that the figures in the narrative fairly clearly refer to stages in Israelite history and to the suffering and death of Jesus. Following the allegories of the Old Testament, the owner is God; the vineyard is Israel; the tenants are the Jewish leaders; the servants are the prophets; the son is Jesus; the new tenants are the early church (but see below the warning from Romans 11!). A detail such as “outside” could easily refer to the execution of Jesus outside the holy city; the wretched end might refer to the destruction of Jerusalem by the Romans in the year ad 70.

(ii) The use of Psalm 118:22—no doubt not part of the original parable—reflects an attraction to this verse across the New Testament. It was used to reflect on the cross and the break with the mother religion. It is found attached to the parable at this point, but also in Acts 4:11 and 1 Peter 2:7.

“Neither is new wine put into old wineskins; otherwise, the skins burst, and the wine is spilled, and the skins are destroyed; but new wine is put into fresh wineskins, and so both are preserved.” (Matt 9:17)

“I tell you, I will never again drink of this fruit of the vine until that day when I drink it new with you in my Father’s kingdom.” (Matt 26:29)

(ii) The imagery of the vine is resumed magnificently in the Fourth Gospel. Jesus is presented as the true vine (15:1-6).

St Paul
There is a remarkable passage in Romans, which uses again an image taken from farming —this time the olive—to speak of the tragic break with the parent religion:

“But if some of the branches were broken off, and you, a wild olive shoot, were grafted in their place to share the rich root of the olive tree, do not boast over the branches. If you do boast, remember that it is not you that support the root, but the root that supports you. You will say, “Branches were broken off so that I might be grafted in.” That is true. They were broken off because of their unbelief, but you stand only through faith. So do not become proud, but stand in awe. For if God did not spare the natural branches, perhaps he will not spare you. Note then the kindness and the severity of God: severity toward those who have fallen, but God’s kindness toward you, provided you continue in his kindness; otherwise you also will be cut off. And even those of Israel, if they do not persist in unbelief, will be grafted in, for God has the power to graft them in again. For if you have been cut from what is by nature a wild olive tree and grafted, contrary to nature, into a cultivated olive tree, how much more will these natural branches be grafted back into their own olive tree.” (Rom 11:17-24)

Verse 33 Another parable—this is the third of three vineyard parables in succession. In Matthew’s version the owner is called a householder—a term used in Matthew (7+1+4) to refer to God in the parables (cf. Matt 10:25; 13:27, 52; 20:1, 11; 21:33; 24:43). The absentee landowner may reflect actual conditions in Galilee during the ministry of Jesus. The echo of Isaiah 5 is unmissable.
Verse 34 The harvest is the time of judgement; the “slaves” are the prophets sent regularly to the people of Israel. Notice that in Matthew they are sent to collect his produce. Already, the parable is beginning to sound like an allegory.
Verse 35 The stoning of a prophet occurs in 2 Chronicles 24:21. The persecution of prophets is very clear in Jeremiah, Matthew’s favourite prophet.
Verse 36 The second set of slaves might be a reference in Matthew’s rabbinic mind to the former and the latter prophets of the Hebrew Bible.
Verse 37 In the social context of the time, the tenants should be more respectful towards the higher authority. After the previous experience, it seems naïve of householder (God) to send his son (Jesus), but this is the naivety of love, continuing to trust and to hope. The use of “finally” (7+1+1) is evidence that Matthew sees a new stage of salvation history opening with Jesus’ death.
Verse 38 The sequence of thoughts is quickly told without embellishment.
Verse 39 The sequence in Mark is altered (they seized him, killed him, and threw him out of the vineyard) so that the Son is killed outside the vineyard, effecting a clearer reference to Golgotha.
Verse 40 Again, Mark is transformed and supplemented: “What then will the owner of the vineyard do? He will come and destroy the tenants and give the vineyard to others.” (Mark 12:9)
Verse 41 The transition to the Christian dispensation is anything but complacent—the fruit is still expected.
Verse 42 A reference to Jesus as the cornerstone. As noted, this image of stone / cornerstone is found across the New Testament.
Verse 43 A tough and forthright clarification, unique to Matthew. Lest it lead to smugness, it is best read in the light of Romans 11 above!! There the parable ends for the liturgy, but in the New Testament there are the two further verses noticed above.
Verse 44 This difficult verse is found in some important manuscripts and these days often included in the text. Previously it had been assessed as a scribal gloss taken from Lk 20:18. It is a threatening text, taking up the imagery of the stone from Psalm 118:22 and foreseeing terrible consequences for those who reject the messenger sent by God. No doubt, it reflects the memory of the destruction of Jerusalem.
Verses 45-46 These concluding verses indicate that the parable had “hit home” that the hearers felt its full impact.

Pointers for prayer
1. The target audience of this allegorical parable are the Jewish chief priests and elders portrayed here as rejecting Jesus and his teaching, and as a consequence losing out on what God was offering them. It is a story of opportunity for life presented and rejected, and they lose out in the process. How important have you found it to recognise and accept opportunities for growth, development and new life when these were presented to you?
2. The parable is also a cautionary tale about the destructive effects of greed – doing violence to the rights of others and eventually destroying the greedy themselves. What attitude towards possessions has helped you to be at peace in yourself and at peace with others?
3. The vineyard of the Lord is an image for God’s people. As we look at the vineyard we have been given, we can ask ourselves “are we good tenants?” Recall times when you have been a good tenant, and reached out caringly for those around you
4. “It was the stone rejected by the builders that became the keystone. This was the Lord’s doing and it was wonderful to see”. Sometimes a person not highly regarded plays a key role in a project, and it is wonderful to see. Can you recall examples of this?

Prayer
Yours, O God, is the vineyard and its harvest, yours the kingdom of justice and peace. You call your people to tend its growth.

Bless the work entrusted to our hands, that we may offer you an abundance of just works, a rich harvest of peace.

We ask this through our Lord Jesus Christ, your Son, who lives and reigns with you in the unity of the Holy Spirit, God for ever and ever. Amen.